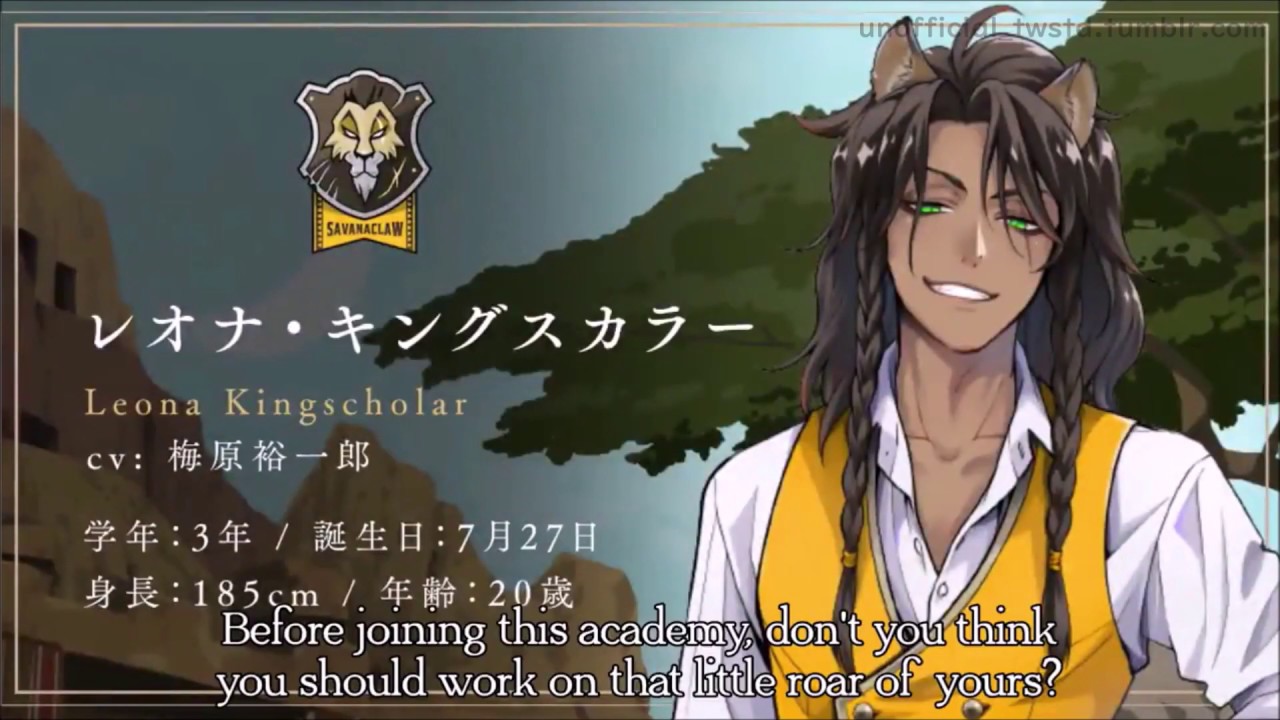 A compilation of all the dorm trailers released for Twisted Wonderland!

There were various Disney easter eggs in these characters’ lines, reference notes below ↓

HEARTSLABYUL / ALICE IN WONDERLAND
→ “Off with your head!” is the Queen of Hearts’ catchphrase.
→ The white rabbit was often worried about being “late.”
→ The Queen only wanted red roses, never white.

SAVANACLAW / THE LION KING
→ Leona’s line about “working on that little roar of yours” is spoken by Scar to Simba right before he abandons him in the gorge.

OCTAVINELLE / THE LITTLE MERMAID
→ Azul’s line about the bridge is a direct lyric from “Poor Unfortunate Souls.”

SCARABIA / ALADDIN
→ The Genie was a major support character in the movie.

POMEFIORE / SNOW WHITE AND THE SEVEN DWARFS
→ Epel’s line references the JP version of “Someday My Prince Will Come,” where Snow White sings about a prince coming to meet her on a white horse.

IGNIHYDE / HERCULES
→ Idia’s first line is a direct quote from the JP dub of Hercules. However, the translation was too different between the languages so I didn’t keep the Disney cameo here. This corresponds to Hades’ line “Ah! There’s the little sunspot, little smootchie” when he first meets baby Hercules.

DIASOMNIA / SLEEPING BEAUTY
→ Malleus’ line is spoken by Maleficent when she captures Prince Philip. The line she says in the English dub, “I have plans for our royal guest” was bland compared to the JP dub (“I have a good idea for entertaining you here”) so I tried combining them.
→ Silver’s line may be a reference to the lyrics in “Once Upon a Dream.”