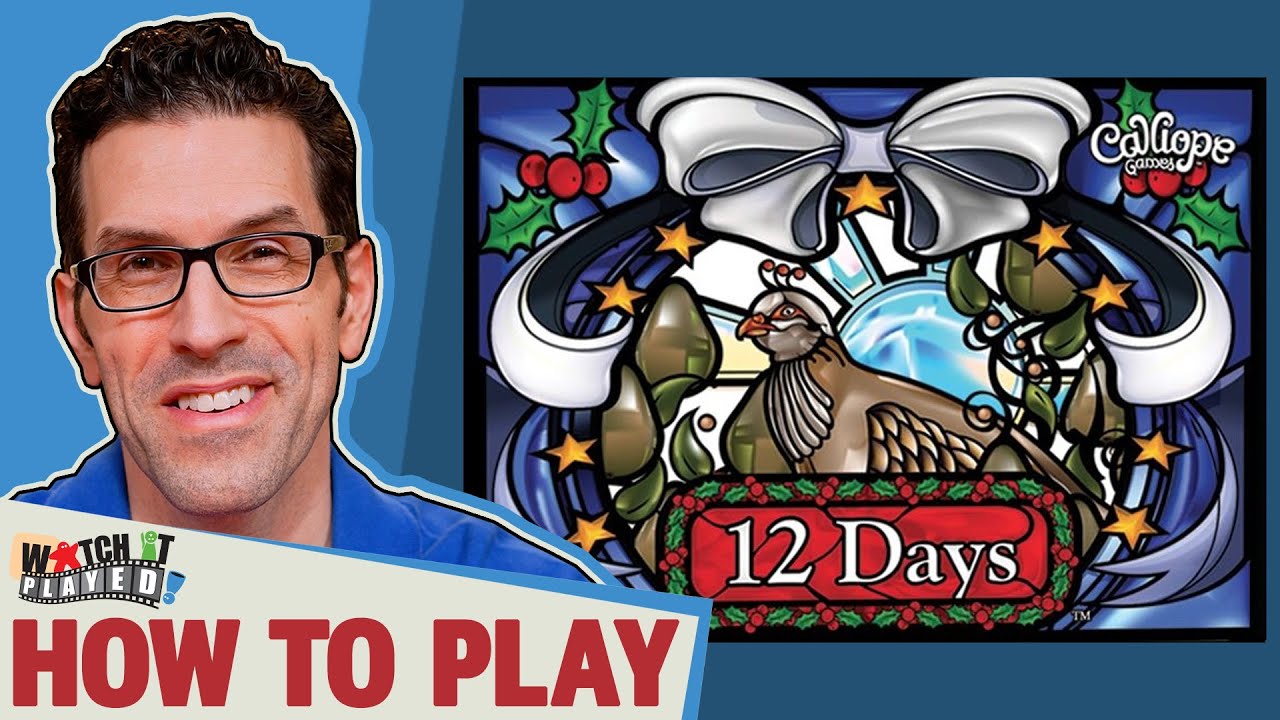 Watch It Played is a series designed to teach and play games!

In this episode we’re going to learn how to play 12 Days.

RULES FOR MORE PLAYERS
12 Days can be enjoyed by 6 or more players using two decks of Day and Gift cards.

First, remove the Santa and Mrs. Claus cards from one of the Gift decks and return them to the box. Next, shuffle together both Gift decks.

Place the two Day decks side-by-side on the table so that the same valued Day appears on both (for instance, at the start of the game, both “1” cards are showing). Each round, the two Day cards of the same value will be awarded.

The game plays the same as in the 3-5 player version, with the following rule changes:

In the case of a two-way tie with the Santa and Mrs. Claus cards, the tied players each receive the Day cards, but must gift them to a non-Santa or Mrs. Claus player.

If you have any questions, please do not hesitate to ask a question in the Youtube comments below.

Consider giving us a vote at Board Game Links:

Get A Watch It Played Microbadge:

We truly appreciate your views, feedback and subscriptions.

Are you a publisher and want to send us a game that we might feature on our series? Send it to: