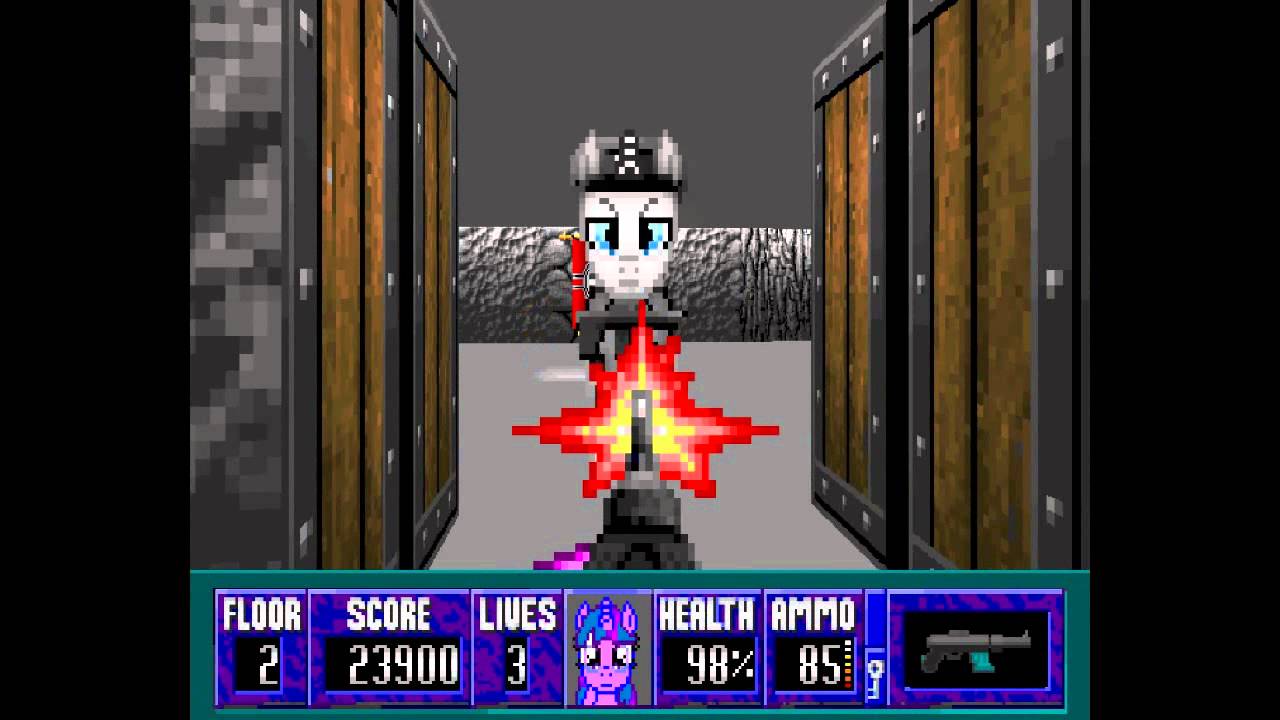 Ponified Wolfenstein 3D? I’ll take it. Part one of a series of videos where I play the beta of Twilight: Escape from Stalliongrad. I guess I’ll make some comments on the levels themselves as we go along. And yeah, I’m playing on easy mode ’cause I really did want to show off this game without getting my ass kicked about 398299328 times.

E1M2: Again, not really that much to say. I will say the new enemies look pretty neat, even though they’re still using stock voice clips. Then again, it is a beta…

E1M3: Here’s where things begin to get interesting. The silver key on this level is hidden in a secret room which I show in the video, though indirectly. By that, I mean “recording this footage was spread over two days, I didn’t have the cameras rolling when I accidentally found the silver key behind the secret, and I decided to make a save after that moment so I can actually finish recording this game”. Also, that really is a wall behind that one locked door. And get used to seeing those flamethrower enemies throughout this series.